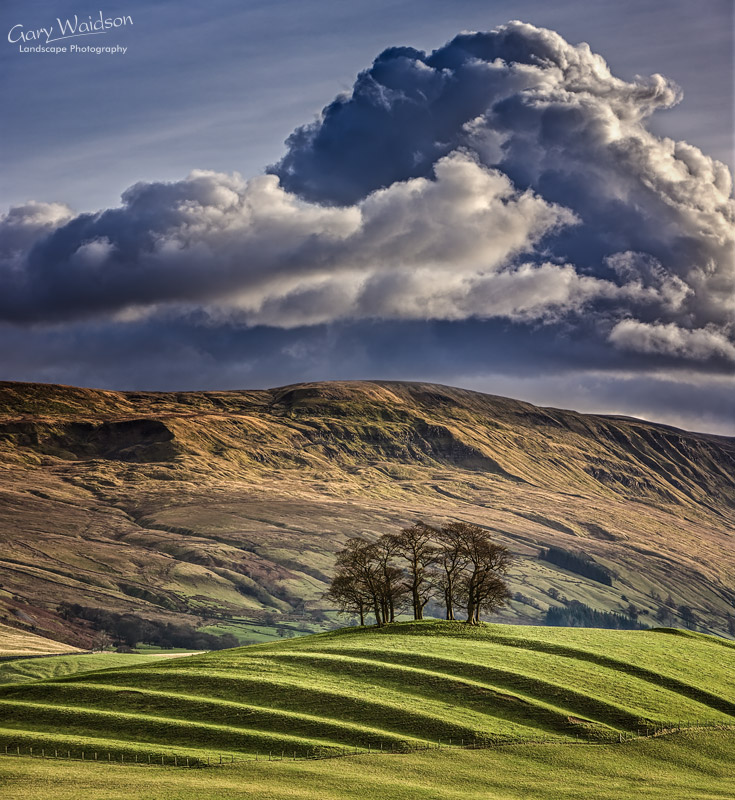 Every now and again I’m driving along and a scene catches my eye that I just have to stop and photograph.

More often than not, the light has changed by the time I can stop and park safely but sometimes things just get better.

I was driving from Great Asby Scar towards Birkdale to see what I could find there. (Not much due to the weather as it happened.) and this scene unfolded in just about the worst place possible to stop. I had to drive on for some distance before I could turn round and I almost decided that it wouldn’t be worth it because the light would be gone by the time I got back there. Fortunately I didn’t give up.

It was the light on the furrows and the trees that I spotted first and it was only after I had set up my tripod at the side of the road that I realised that the cloud was such an essential element in the picture as well.

To get the shot I wanted it had to be captured in two frames, blended like a vertical panorama, but with different exposures for each to record the full range of brightness.