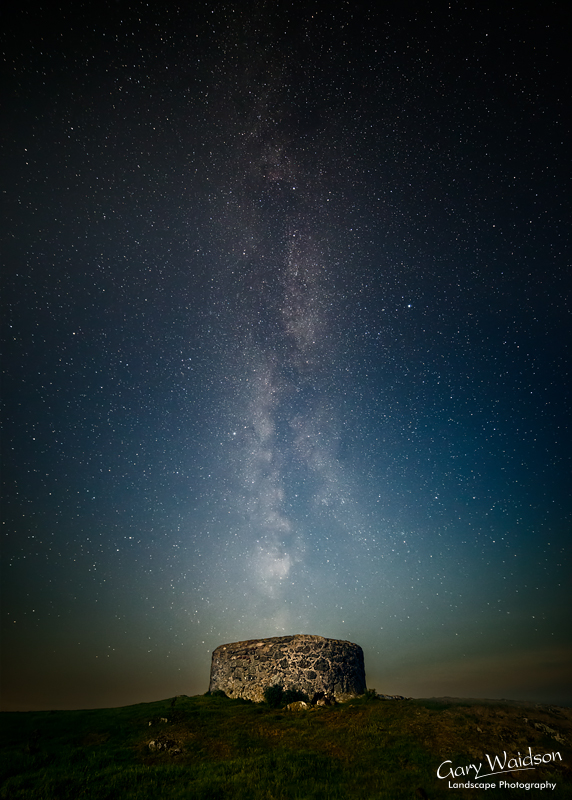 Landscape Photographer of the Year 2014

I was a little worried that I might not get anything into the LPotY Awards this year.

Our Iceland trip had produced lots of good results but were not eligible for ”Take a View” because they were outside the UK.

With growing work commitments on top of that, I thought my entry looked a little bit thin this time around as a result.

So, I’m very pleased to say that this shot, taken in Wales at Midnight on 27th August 2013, made the shortlist, was Commended and will make it into this years book and exhibition.

Sadly, there are not many places in Britain that the Milky Way can still be clearly seen. I had to travel almost to the tip of the Llyn Peninsula just to find a spot where the stars could shine through the light pollution that has stolen the dark night sky from most of us.

I had spotted this old watch post earlier in the day and it put me in mind of a great chimney pot, so I knew exactly how I wanted to use it for the picture. An early evening sea mist almost defeated my plans but eventually it cleared just long enough for the shot I wanted.

A half Moon rose to my left giving a little illumination to the stonework and also adding some blue to the midnight sky. The warm glow on the horizon spilled up from Aberdaron on the coast. Even here the sky is indelibly stained with our wasted illumination.

This quiet evening put me in mind of my Father, who passed away twenty four years before this picture was taken.

He was a photographer as well, keen enough to experiment with developing his own images when he was younger.

When I first started to become interested in photography as a teenager, he nurtured that seed by converting a small cupboard under the stairs into a darkroom for me.

Without that encouragement I suspect my life might have been very different.

Dedicated to the Loving Memory of