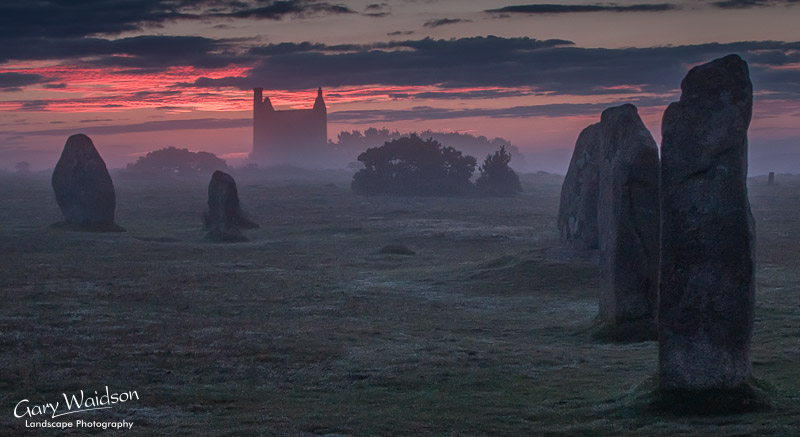 The Hurlers as they are known are three stone circles on the edge of Bodmin Moor surrounded by the remnants of a copper mining industry. 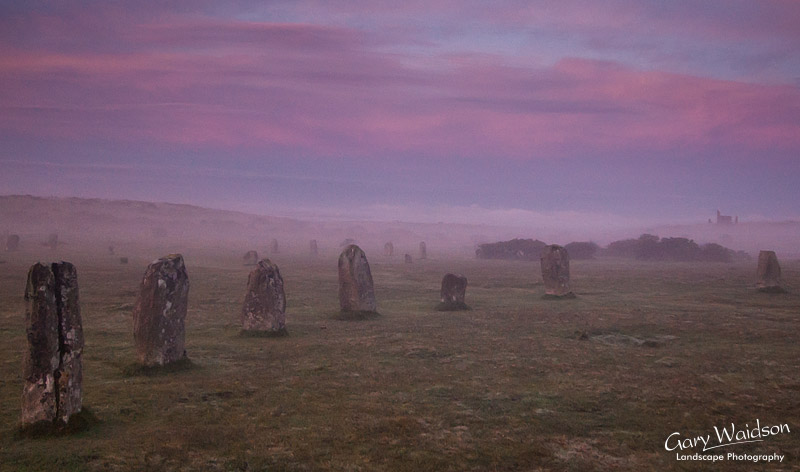 Waking  a short time before sunrise I made my way out into the complex to be greeted by a low mist rising over the dewy ground.

With little cloud in the sky this promised to be a good opportunity with plenty to shoot. 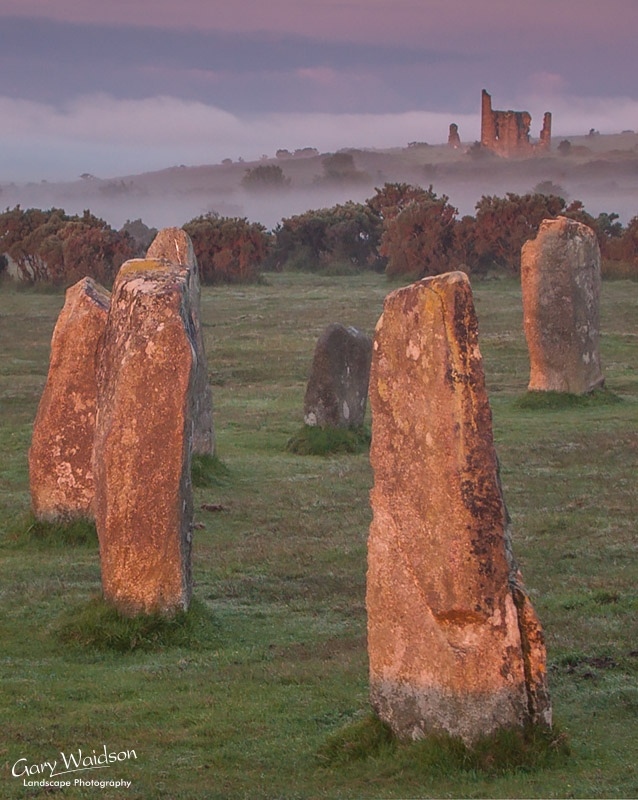 The pictures on this page were all taken within half an hour after which the mist had almost disappeared.

There are so many locations where viewpoints are limited for various reasons, here it is quite the opposite problem.

There are so many possibilities that it is difficult to know where to start.

Once started it is easy to end up running from one spot to the next like a mad thing. 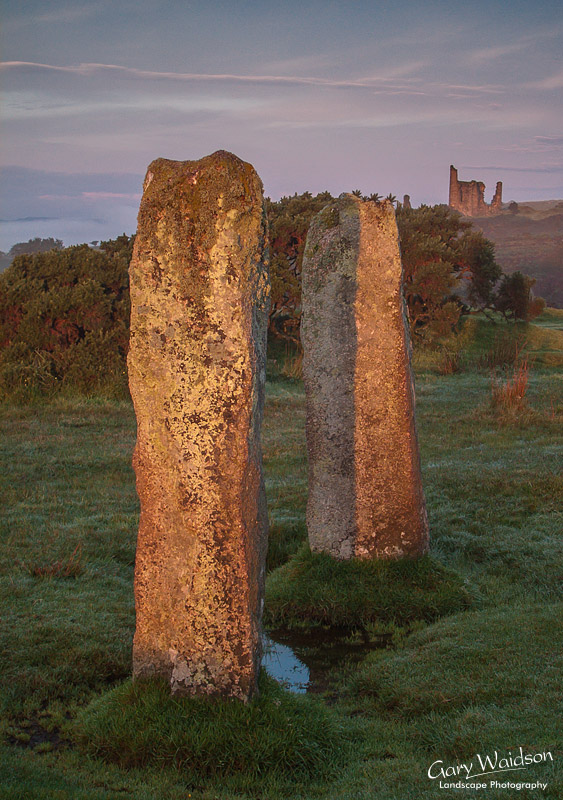 Eventually my favourite shot came from two stones just outside the circles known as the Pipers.

This is a location I had visited  before and I shall certainly return if I am in the area again.

I have just re-edited these images as part of a general overhaul  of the web site.

Using the latest software has brought much more out of many of the images I took a decade ago and shows how much the technology has advanced in that short time.

Sadly, many of these images were badly under exposed at the time of taking in a half baked attempt to capture more highlight detail.

These days I know much better of course but this was a hard lesson to learn. These images could have been so much better.

Good exposure for digital images is very different to what I had been used to with film.

I think it also marked the point where I realised that I needed to understand digital photographic technology in just the sort of way that my darkroom training had taught me about film.