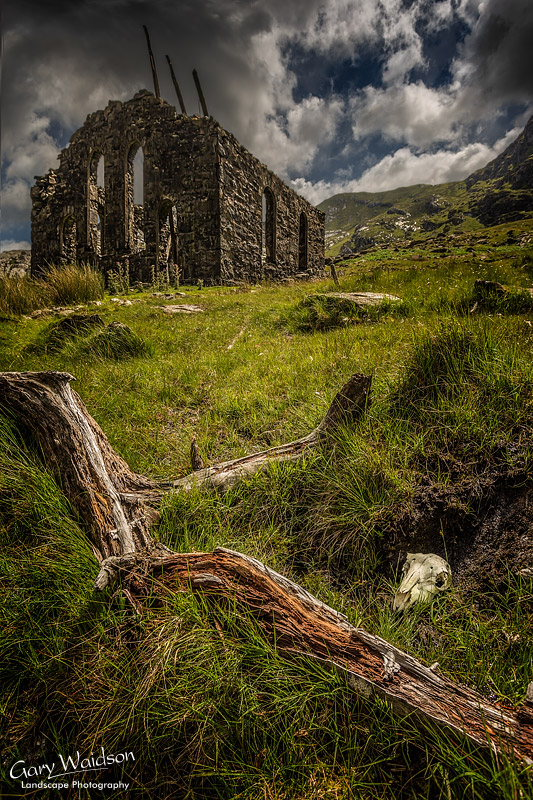 I’ve been taking pictures here for more years than I care to remember.

Over those years I have seen the steady decay of the buildings that remain here telling something of the history of this quarry.

This chapel still had parts of a roof on it when I first saw it and this tree was hale and healthy.

The old sheep skull brought to mind that the quarry was once known locally as the Slaughter House due to it’s poor safety record when it was still in use.

The slate workers barracks certainly had more chimneys on some of my film shots and it looks like some efforts have been made to save the last one standing. 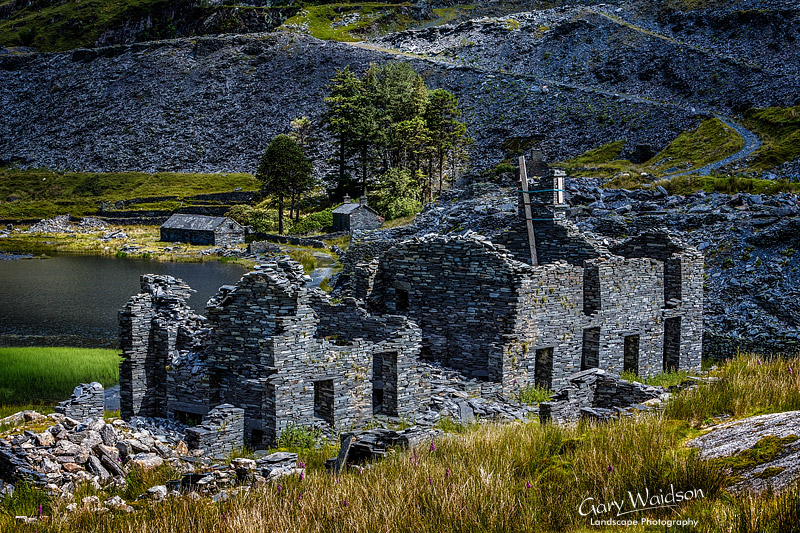 I suspect this will not be my last visit but it is sad to see this eerily beautiful place continuing it’s slow, inevitable decline.