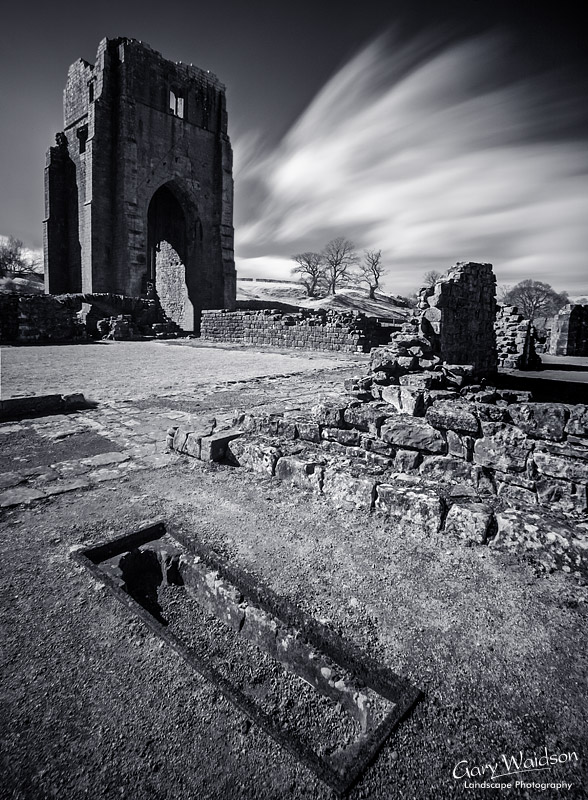 Infrared and ruins seem to go together like salt and pepper.

The slightly altered reality, full of light and life seems to complement the atmosphere of abandonment that pervades such places.

Shap Abbey is a location I had never visited before and the thing that facinated me most was the stone coffin crypts in the floors of some of the rooms.

It was as if the monks had wished to not just spend their lives within the cloisters but also part of their afterlife too.

I find such devotion to any faith hard to comprehend, but I do respect it.

I can’t help wondering where their earthly remains ended up, when these coffins were disturbed, and wonder if their occupants are happy with, or even aware of their new homes.

It put me in mind of the Viking settlers that were buried according to their own beliefs, but were exhumed by archaeologists, only to be reburied, with the best of intentions, in Christian ceremonies.

This is by no means an uncommon practice and it says nothing of the huge quantities of human remains that languish in museum vaults while everyone argues about what to do with for the best.