Hearing that snow had been forecast across Scotland for the days leading up to a spell of work I had in Edinburgh, I planned to take a couple of days and head north towards Skye for a bit of photography.

In reality the conditions were so poor for driving that I decided it was sensible to take a break from the road at the entrance to Glen Coe. 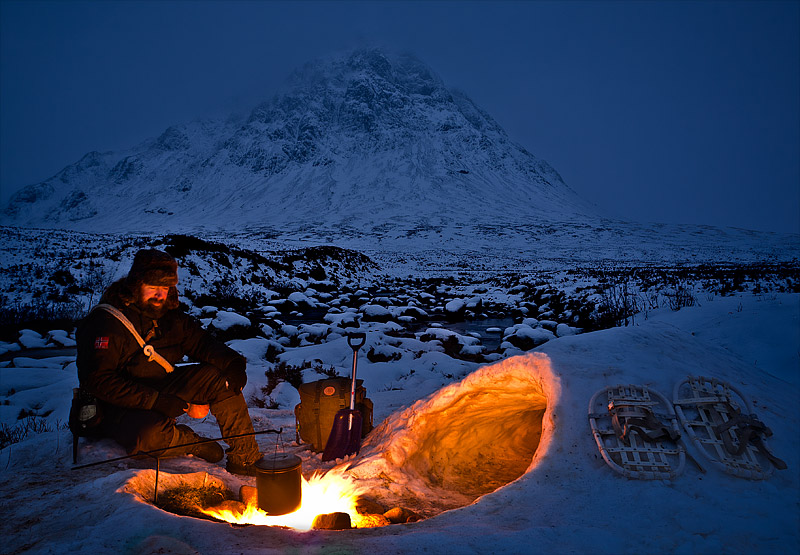 With time on my hands and conditions that did not really favour photography I set about building a small quinzhee to settle down in for the night. As I was piling up snow I could see a Landrover that managed to come off the road and get itself well and truly stuck on its way out of Glen Etive. There was a great deal of activity involved in freeing it that lasted a good hour or so.

I think my decision to stop was well made but it would mean that once again I would not make it onto Skye. 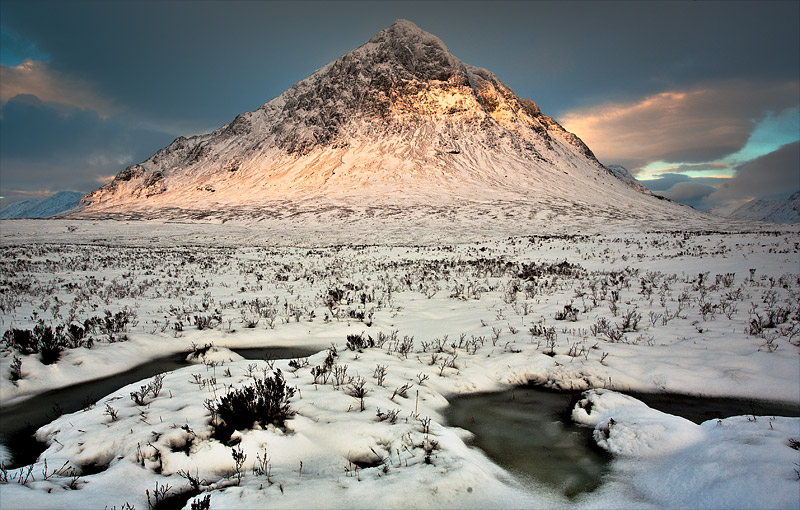 The next morning the snow had stopped and breaks in the cloud were leaking warm morning sunlight onto the landscape.

This is taken from almost exactly the same spot that I took my other favourite shot of the Great Shepherd and foolishly I managed to put my foot into what must have been the same boggy hole that soaked me the last time.      You would think I would have learned my lesson by now.