As I have mentioned elsewhere, I didn’t have much transport available on this trip, so one day I took the bus to Å, which deserves a mention just for having a cool name.

On the way to Å I spotted Hamnøy, which had bags of potential, so I decided to make an extra stop on the way back. This meant I only had one hour, the time between buses, to work in.

Hamnøy is one of those places you feel must have been created for the post card industry. It’s almost impossibly picturesque. Having no tripod with me, again due to flying, I had to balance the camera on a wooden post to shoot the panorama above. 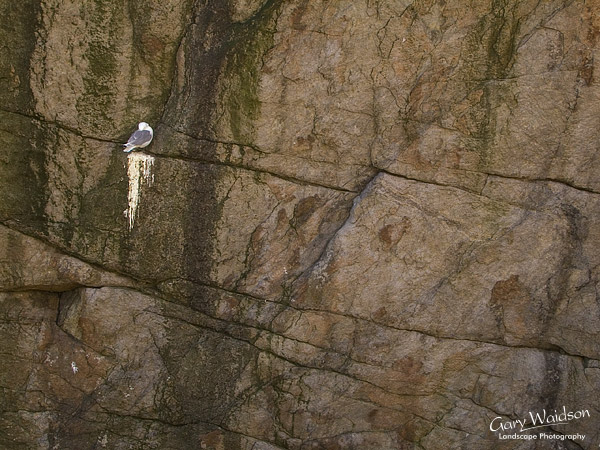 Almost the moment I got off the bus, the first thing I noticed was a sea bird colony on the rocks by the road.

I took lots of pictures but in the end it was this shot of a lone bird, away from the rest that I liked most of all.

If you could only imagine the racket that was going on with birds flying in and out this fellow was actually managing to get some sleep. 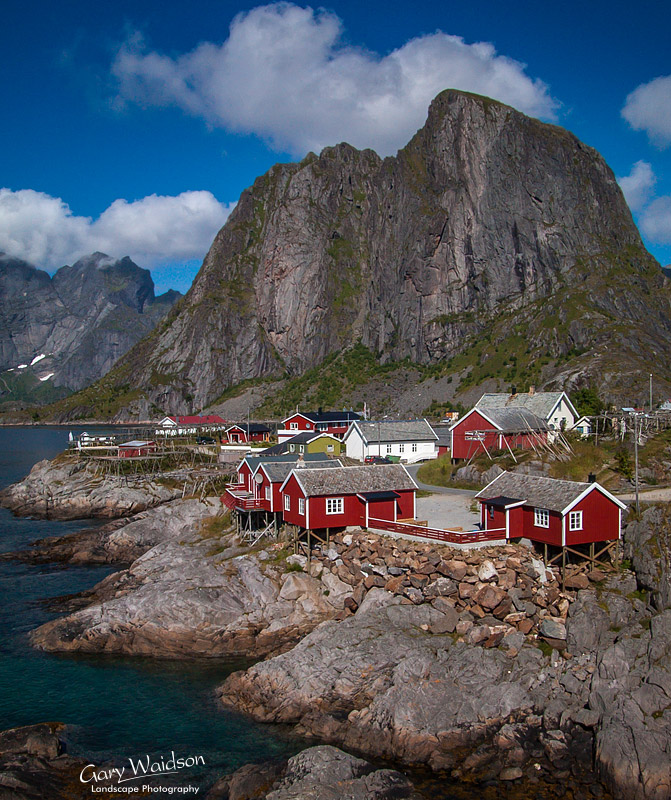 The viewpoint that had caught my eye from the bus was actually from the bridge over the sea.

I liked the way it seemed to contain all the elements of the place.

The “Rorbu” are Traditional  huts that were used in the fishing season but now are mainly used as tourist accommodation.

They used to be painted in any colour available but red has come to dominate apparently because it used to be the most expensive colour and became a bit of a status symbol.

The mountains of course are the whole reason that the islands exist and the sea is the reason people are here at all.

On this first trip, this was the defining picture of Lofoten for me.