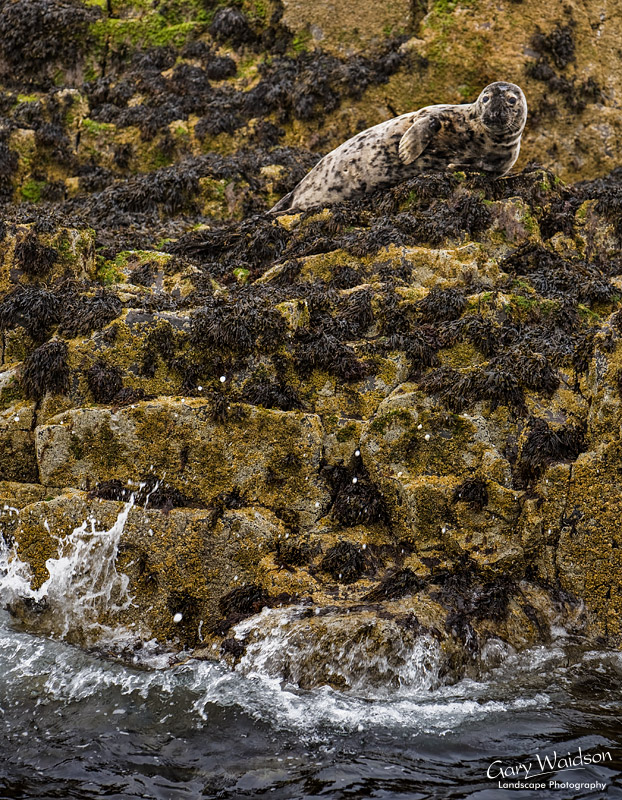 A while ago I received a call from Jimmy, a good friend I sometimes go out shooting with, saying “Do you fancy a trip out to the Farne Islands photographing puffins?”

I’d only ever seen a puffin at a distance in flight so I jumped at the chance.

The plan was to take a boat trip which included a short stay on two of the islands.

We were advised to wear hats which I normally do anyway and after a short while on the islands it was clear why.

The arctic terns had nested all over the island and the ones close to the path were guarding chicks and eggs quite aggressively.

One or two unfortunate people who ignored that advice discovered just how sharp those bills really are. 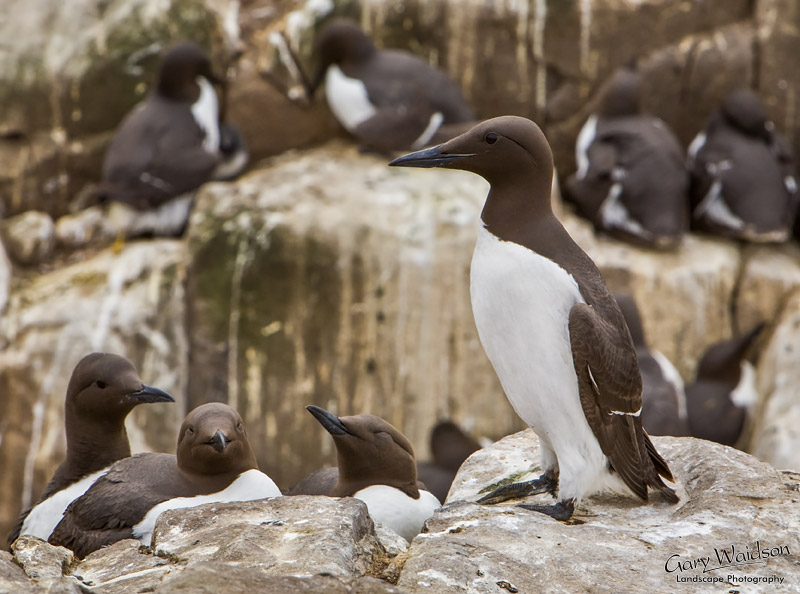 Guillemots were amongst the other species breeding on the isles and they seemed to be everywhere you could see.

The ever present noise of the guillemots, added to the ambient smell generated by the colony form an impression that is hard to forget. 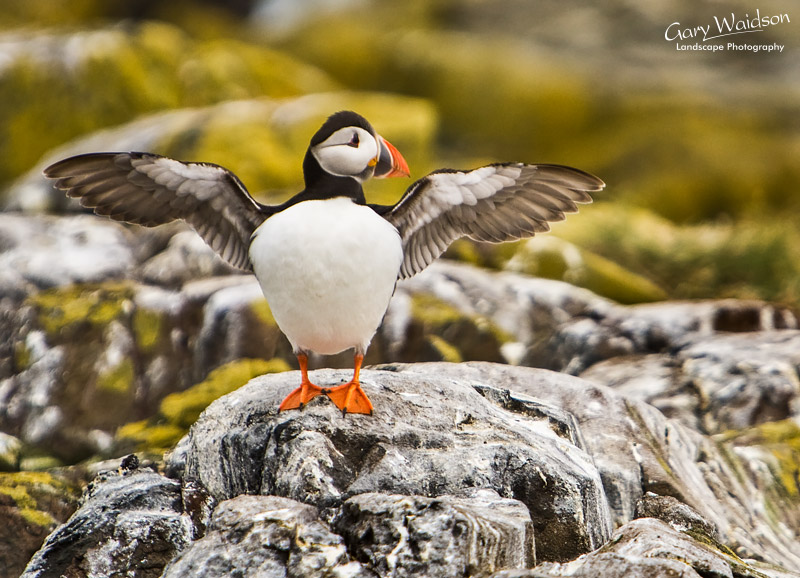 Perhaps it is unfair to consider these species as extras in this grand performance but for us the headline act just had to be the puffins. 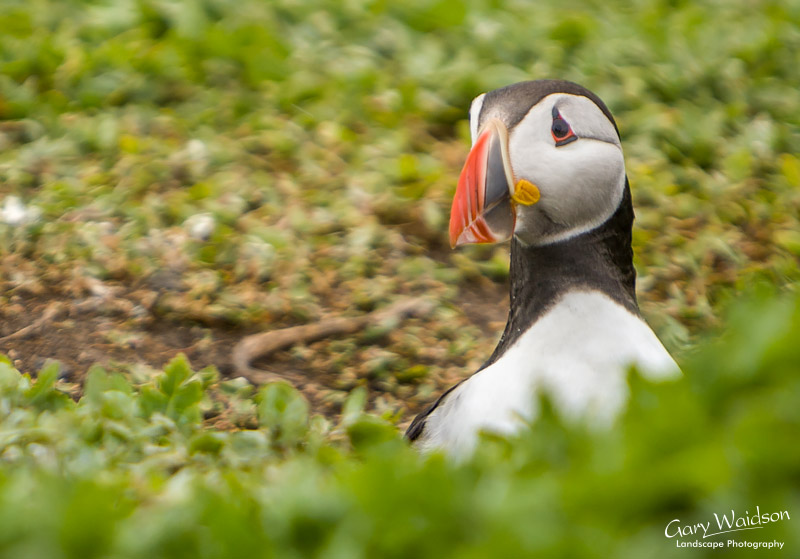 If you were to compile a catalogue of the favourite birds in Britain I suspect the puffin would be somewhere near the top of most peoples list.

It is common for us as humans to anthropomorphise the familiar creatures around us and the facial markings of the puffin perhaps cause us to unfairly characterise the puffin as slightly comical.

It is difficult not to fall in love with these plucky little birds. 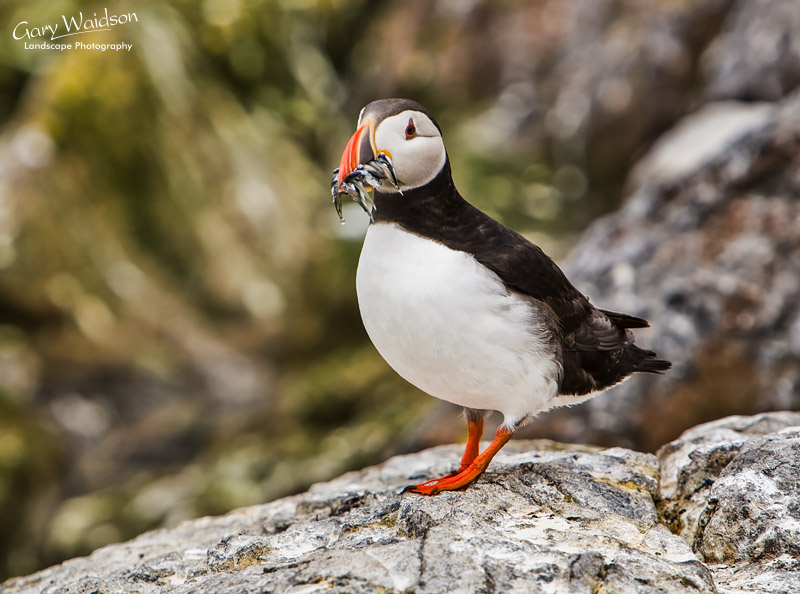 Puffins are not particularly strong fliers, being adapted rather for swimming, which they do excel at.

They nest in short burrows in the ground and between leaving the sea and gaining the safety of their burrows, they are constantly subject to attack from the gulls that are eager to steal the puffin’s catch.

The constant struggle to feed their brood must be anything but comical for the puffins. 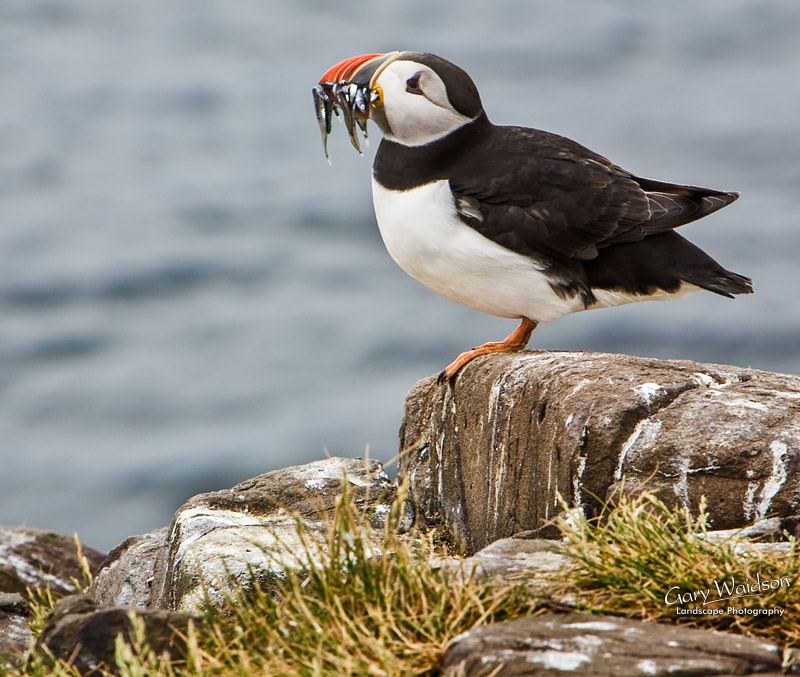 The sand eel population is apparently quite low this year which has led to some concerns about the future of these important colonies in the Farne Islands.

Perhaps because the puffins are not strong fliers they do make very good subjects on the wing.

I’m certainly not saying these fellows are not fast, they beat me hands down, but with a little practice they are predictable enough to get some reasonable results, if your camera’s auto focus is up to the job. 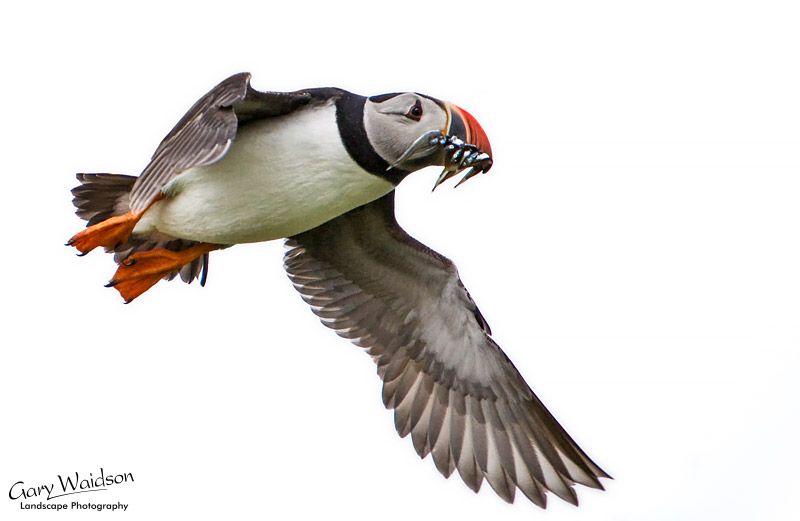 I probably spent two thirds of my time waving my camera around trying to spot the next incoming puffin in time to get a lock on and of all the shots I took less than a handful are worth showing for my trouble.

For all that I had a great time trying and will certainly try this again some time. 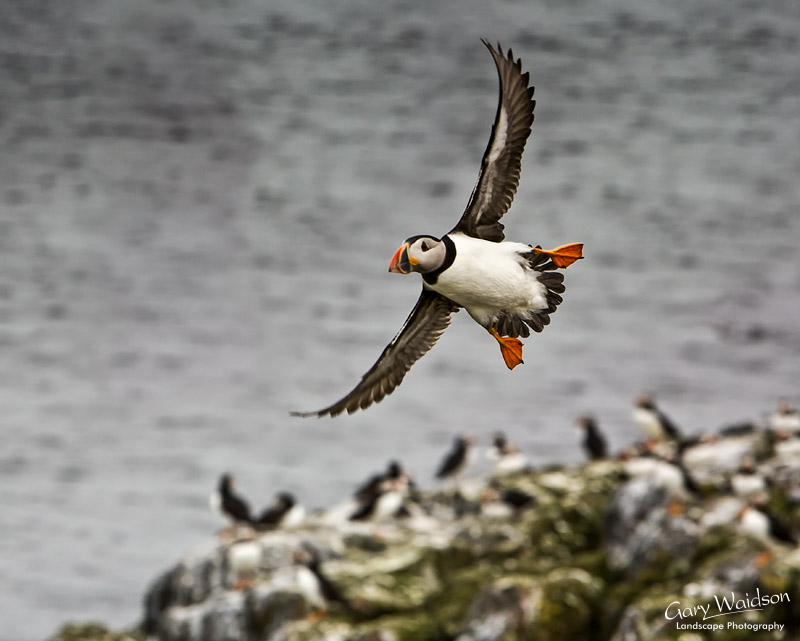 An unexpected bonus on the islands was this Ringed Plover that was running around near the landing stage for the boat. 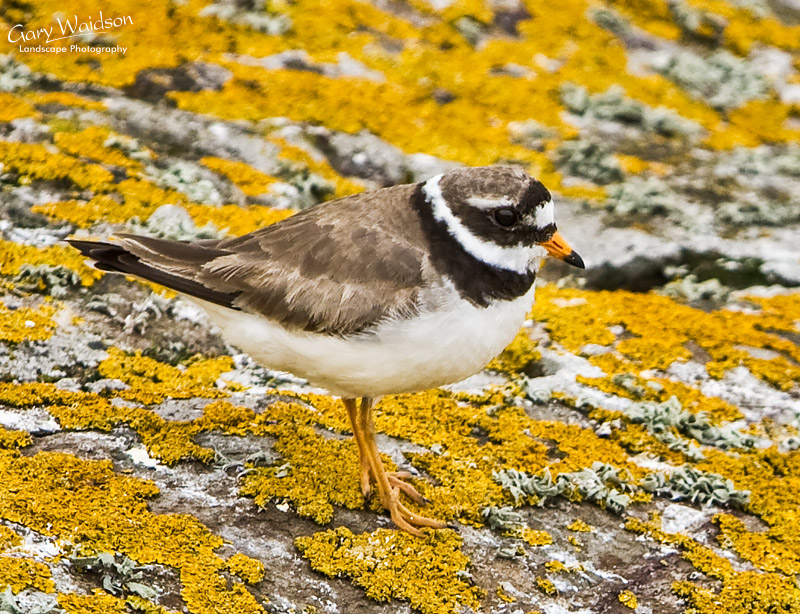 It’s activity is designed to distract predators away from the nest, which in this case was right next to the path.

With a little calm and patience it was possible to obtain pictures on the nest that normally would not have been possible without a hide of some sort. 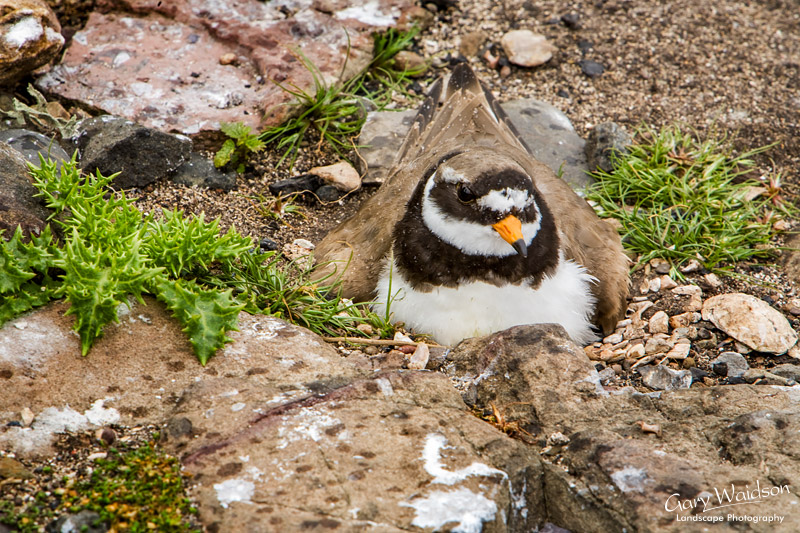 These pictures were obtained in the last few minutes as we waited for the boat.

In between islands the boat’s skipper was able to manoeuvre us close to some of the grey seals that also breed on the islands and one of the shots obtained this way can be seen above.

Just one other species that I got pictures of remains to be named. 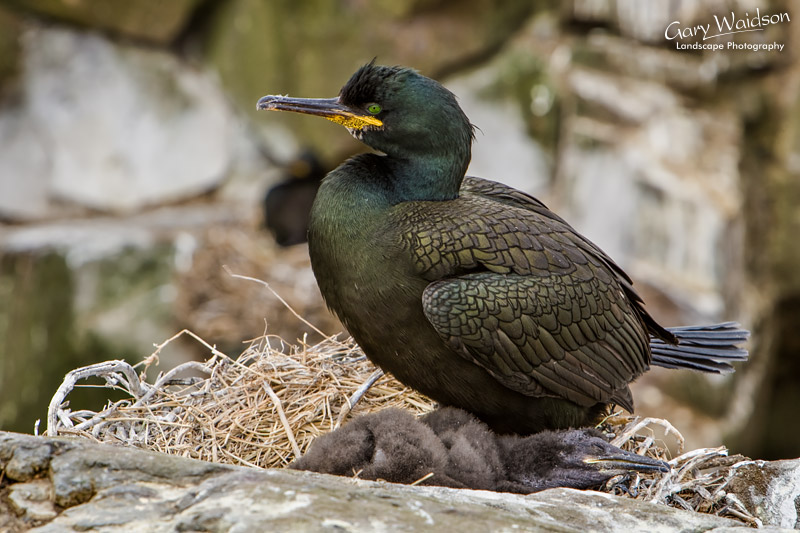 I’m giving this one it’s latin name of Phalacrocorax aristotelis simply because when I attached it’s common name to the picture I noticed a dramatic change in my search engine ratings.